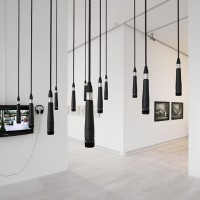 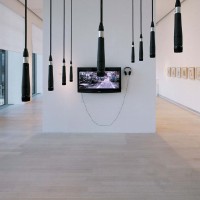 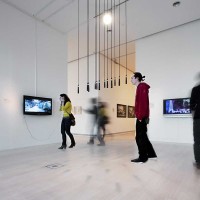 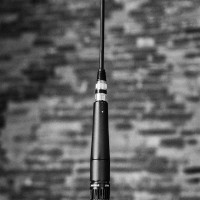 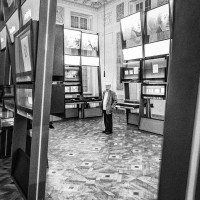 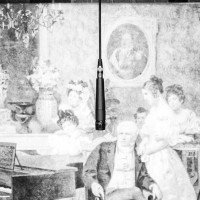 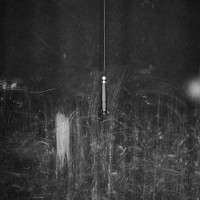 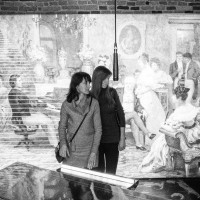 I was invited to take part in a project based on the idea of adding an additional layer to the structure of the museum dedicated to one of the greatest of composers. The way I use sound and music is worlds apart from the romantic heights of composing or the craft of mastering an instrument. My artistic practice draws on punk, dirt, destruction and imperfection.
The sound intervention I proposed is based on several observations. First, the situation in which so-called fine art finds itself today. When Apollo played, everyone fell into silence and listened. All conflicts were suspended, and even Aries, god of war, let off from spilling blood. The music of Apollo lifts the human spirit and brings peace to the soul. But what about the body? The devotional nature of concerts at the philharmonic is always seasoned with the physiology of the audience, and the heavenly transport is brought straight back down to the human dimension. All that grunting and coughing remind us that it’s not the music of the spheres, but the rushing of blood in our veins, that is the sound closest to us.
The second observation which accompanied me in this project is how a sound signal is recorded. Once I was given a microphone which had been used for school assemblies and discotheques for a number of years. When I brought it close to my mouth, I could feel in my nostrils the condensed smell of cigarettes, the school gym, a colour organ, Altus speakers, the school anthem and banners. This is not the first time I’ve reversed the direction of the audio signal, using the microphone to spit out al. that saliva from its interior. Used as a speaker, a microphone becomes an expiration, in this case emitting the hidden manifestations of our carnality. The sounds which just barely impinge through the microphones on the museum space mostly derive from recordings of pathological changes in the respiratory system.
[KNS]
_________

The audio layer of the intervention Pleśń consists of human pre- or post-verbal sounds. Marginal sounds, often repressed but stubbornly persistent, inevitable, impossible to discipline. Introducing these features into the fabric of the museum as a kind of virus, the narration is disrupted by this discreet anomaly. We can test how this kind of sound ‘waste’ changes the main meanings and the ‘texture’ of the exhibition.
In Chopin’s letters from Mallorca, the subject of coughing often comes up in connection with his deteriorating health and the unstable functioning of his organism (from problems with breathing and speaking to sudden emotional upheavals). The body makes itself known through sounds, and sounds remind us that the body is being used up, is decomposing. These are a disruption. In 1839, in his review of op. 33, 34 and 28, Schumann wrote that Chopin “can be recognized by his breathless pauses”.
The 19th century produced a model of listening to music that was silent, disembodied, and propagated that kind of polished behaviour among ever wider social circles. The contemplative approach to what we call fine art, providing access to the absolute or to an immediate transmission of feeling, became a model which is still in force today. We restrain our bodies so as not to disturb the quiet of the concert hall. Many studio recordings and audiophile equipment result in artists/recordings without a trace of physicality. In museums, often treated like temples, we suppress the physical sphere. On the other hand, many ‘amusement park museums’ not only don’t dampen physicality, but excite it, though the taboos on sound remain in place.
Public spaces impose audio discipline on us – and we require it from each other, especially with regard to the body. The sterility of such places rules illness out. In the 19th century, the community sound sphere was ‘cleansed’ – what was unwanted or uncomfortable was pushed to the fringes, out of sight.
Listening to the audio waste in the fringes alters sensitivity and perspective. Not only aesthetically, but ethically.