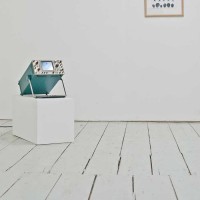 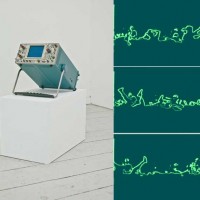 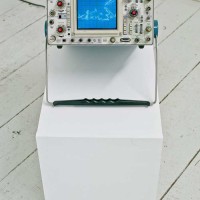 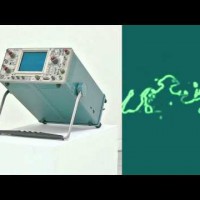 Oscillations is a video played on an oscilloscope screen. The sound waves have been replaced by human contours recorded during a concert of the band Fugazi. Here the concert energy is treated as an element which can be isolated and measured. Surprisingly enough, the isolation of one of the elements of the recorded concert reveals its visual monotony.